The Divine Light of a Lowly Farmer Boy 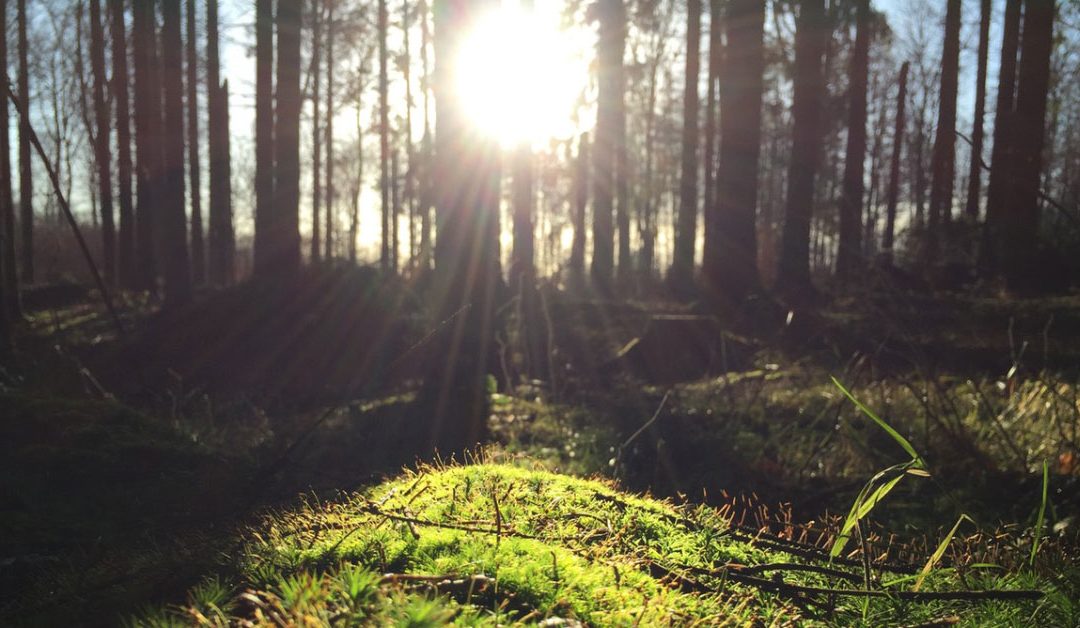 On an early spring morning of 1820, a young poor fourteen-year-old farmer boy, from a small town in New York state, left his home to go pray alone in the nearby woods. He was extremely distressed in his mind; he did not feel like he knew his place in the world. There were many religions all around, each preaching very different things about God (this was the so-called “burned-over district”), and he felt quite confused about who God really was and about the destiny of his eternal soul. He had read in his family Bible that he could ask God, and that God would answer him (James 1:5), and so he decided to do this to see if God could give him any answers. He wanted to commune directly with God to know God.

He entered a grove of trees, knelt down on the ground, and poured out his mind and soul in prayer to what he knew as God. In a short time, his mind seemed to enter a tremendous “dark night of the soul,” and he thought he would not recover. As he was being tossed about by this darkness of mind, and thought he might not survive, he prayed even more deeply, seeking deliverance. Suddenly he saw a light directly above him, first at a great distance, which he described as “above the brightness of the sun.” He said it was like a “pillar of fire,” which descended slowly towards him until it came over him, enveloping him in the light, and filling him with indescribable joy. He felt as if his mind was caught away into a heavenly realm, away from his natural surroundings, to a divine sphere. In his various accounts of the experience, he described seeing many different things including the Lord, God, Jesus Christ, many angels, and many other things that were ineffable and indescribable. He felt a sense of ultimate forgiveness, and profound divine love. Of the many things he described, he says he wanted to know which of all the religions was right. He said that he was told by God that none of them was right, that “they draw near to me with their lips but their hearts are far from me, they teach for doctrines the commandments of men, having a form of Godliness, but they deny the power thereof.” God said that Joseph should not join any of the religions. He felt as though he would learn the truth about God in due time. When the vision left him, he found himself laying on his back, looking up into the sky. He said that his soul was filled with love and great joy for many days following this experience.

Some readers may recognize this as the “First Vision” experience of Joseph Smith Jr., the founder of The Church of Jesus Christ of Latter-day Saints, also known modernly and colloquially as Mormonism. I grew up Mormon myself, being born and raised in the church. I am now nearly thirty-six, and I’m still engaged in trying to better understand Joseph Smith’s “First Vision” experience, and what it means. What I have come to discover in recent years is the universality of Joseph’s experience. Although the modern church has tended towards exclusive truth claims, believing that Joseph’s experience was unique and singular to his calling as a prophet of God and his founding of the church, I’ve discovered many other experiences that are quite similar or even nearly identical to that which Joseph described. I’ve had similar experiences myself.

One source of such experiences that I found was Ann Purcell’s book, The Transcendental Meditation Technique and The Journey of Enlightenment. In this book Purcell recounts numerous experiences of people who have practiced Transcendental Meditation (TM), and have had experiences which parallel Joseph’s, including seeing a bright light, even like the sun, of an exquisite love and joy that wraps and fills them and lifts them to a heavenly plane of insight and revelation. Here is just one such account, from M. J. in England, as recounted in the book:

“During [meditation] I became aware of a small point of light that got gradually brighter and brighter until it became blindingly white and it permeated everything. It was brighter than the sun, whiter than white, but I was able to look into it (unlike into the sun) and bathe in this perfection.”

The similarities to Joseph Smith’s experience are readily apparent. And there are many more in Ann Purcell’s book, and elsewhere. I’ve compiled over one hundred such accounts so far, and I have not as yet begun a dedicated search. I believe there are likely thousands more such accounts to be found in the world’s literature, and among the people of the world. I’ve begun to post these to my website, ThyMindOMan.com, a website dedicated to exploring the mind’s relationship to God, particularly from a Mormon point of view.

It seems that this sacred experience of divine grace is not limited to any one or few “special” individuals, but is available to all who seek it, through various methods of mental discipline, development, training, spiritual devotion, contemplation, prayer, meditation, and more. It is a universal mystical “divine grace” experience, available to one and all. When we look deep inside ourselves, within our minds, we may also be able to see this divine light, and even commune directly with God. This may be, as Joseph Smith found out, the best way to come to know God. God may be much nearer than we have ever thought, even within, and this can bring us great joy, even an infinite love.

Additional:
– Happiness: Look for the Light
– Consciousness: From Darkness to Light
– The Spirituality of Surfing