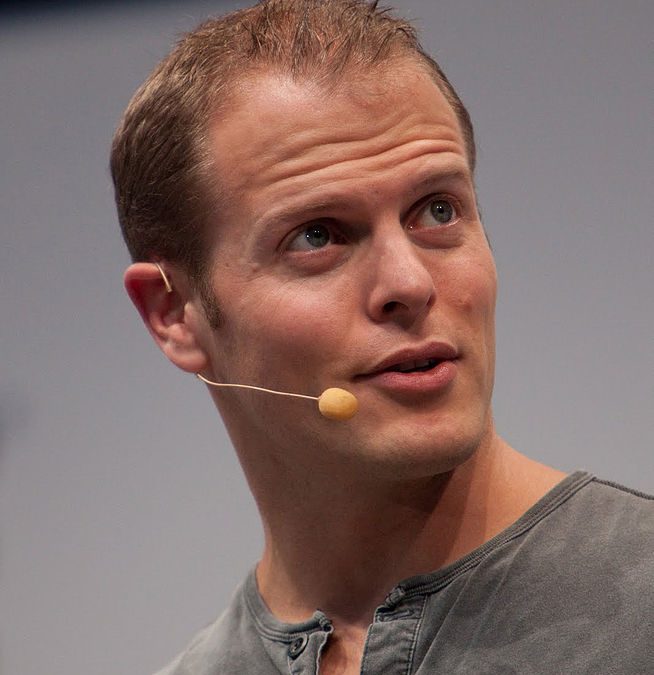 Most people think of the Transcendental Meditation (TM) technique as an effective way to reduce stress, which is supported by compelling research. Hundreds of scientific research studies confirm that TM can help improve all aspects of physical, mental and emotional well-being, and verify that it is the most effective technique available to reduce anxiety. The side-benefits of stress reduction are enormous — improved health and well-being, more effectiveness in work, increased creativity — the list goes on and on.

Very few people are aware of the ultimate benefit of Transcendental Meditation, which extends far beyond mere stress reduction. TM is a direct means to fully unfold one’s innate potential; it is a technique to develop higher states of consciousness and enjoy a real and lasting state of enlightenment. The local TM practitioners were excited to share this news with Maharishi. As one individual read the article to him, Maharishi became very silent. When asked what he thought about the article, Maharishi replied, “cruel.”

Maharishi explained that in India people learn meditation to achieve enlightenment — to become fully awake — yet here in the West it was being hailed as a means to fall asleep!

Recently, I listened to a podcast of Tim Ferriss, author of the 4-Hour Workweek, interviewing Tara Brach, who has a Ph.D. in clinical psychology and is a well-known author and lecturer on Buddhist thought in the West. During the interview, Tim Ferriss mentioned that he practices Transcendental Meditation and asked Dr. Brach what she thought about TM.

Listen to “Tara Brach on Meditation and Overcoming FOMO (Fear Of Missing Out). The discussion about Transcendental Meditation starts at approx. 01:26:30

Below is a transcription of Tara’s reply to Tim Ferriss’s question about her thoughts on the TM technique.

TM is primarily a concentrated practice: You are taking a mantra, or a set of sacred words, and repeating them and repeating them and the benefit of concentration, which is the narrowing of the lens of focus, is that it actually collects the attention and the mind gets quiet. And when the mind is quiet, there can be experiences of bliss and serenity and peace and so on. That’s what TM does, it gives you a break from that incessant inner dialogue and the more you practice it, the more easily it is to collect the mind.

For me the limitation is — it doesn’t allow you see into the nature of reality; and by that I mean — it doesn’t bring a kind of presence that allows you to sense what is actually happening now. Most of our understanding of reality is conceptual — we have ideas about things, and to really have a clear penetrating insight, we need to be present. TM aims the mind at something, but it doesn’t open the attention so that whatever arises, you start learning how to be with it. To me, the power and freedom of mindfulness is you start getting the knack of being with whatever arises. One of the things — I’m very aware of this — is most of us are aware of our mortality, and we’re tensing against what could go wrong.

There are several elements of Tara Brach’s response that I would like to address. First, Dr. Brach says that TM involves concentration. The technique of TM does not involve concentration whatsoever. The state of transcendental consciousness produced by TM is an experience of pure bliss consciousness, the mind will naturally settle down to this level without any concentration or effort. This is because the mind automatically goes to that which is more pleasing. If you are talking to someone, and your favorite music comes on in the next room, your attention will naturally shift to the music. This is analogous to how Transcendental Meditation works, which is what makes it a completely natural and effortless practice that doesn’t involve the slightest degree of concentration.

Second, Dr. Brach is correct in saying that one uses a mantra, which leads to a state of bliss and serenity. However, there is one important, yet subtle point of clarification — the purpose of the mantra is not to narrow the mind’s focus, but rather to experience finer, more expanded states of the mind until one experiences the state of transcendence — a state of unbounded awareness. This is different than just collecting and quieting the mind. It is a unique fourth state of consciousness — transcendental consciousness — with a unique corresponding state of physiology.

Reality Is As You Are

The next misconception is that TM is limited since it “doesn’t allow you to see into the nature of reality” and be present to the moment. Maharishi has pointed out that reality is as you are; the world is as you are. Everyone’s reality is different and depends on one’s level of consciousness. The deepest and most universal level of reality is transcendental — an unbounded, cosmic field, which is present within everyone at their most silent level of inner consciousness or Being. When one repeatedly experiences this level of reality through twice daily practice of TM, expanded awareness along with the ability to focus sharply are developed naturally; one remains fully present — alert to unboundedness, while alert to the point of attention. Therefore, being present in the moment is a natural and automatic byproduct of the regular practice of Transcendental Meditation.

The experience of transcendental consciousness is pure mindfulness, a state of pure presence. This is the cosmic universal level of the mind, accessed at the source of thought. Becoming familiar with this unbounded level of our inner nature is the first step in gaining enlightenment.

The second step is stabilizing this level of transcendental consciousness in daily activity, which occurs through regular alternation of meditation and activity until the nervous system can maintain both unique styles of functioning at the same time. This state is called cosmic consciousness–we maintain awareness of the cosmic, non-changing, universal level of life while engaged in our day-to-day activities. This is a state of naturally being mindful and alert at all times, since at this point, the nervous system is free of stress and strain. Stress clouds and distracts our mind’s natural settled and focused state, disallowing us to remain present.

The basis of true mindfulness is in first experiencing the deepest level of the eternal reality of life. People who have been regularly practicing Transcendental Meditation have progressively clearer experiences of the unbounded level of their mind. In time, this silent, expanded, limitless state is not only experienced more and more during meditation, but also while engaged in dynamic activity. Consequently, TM practitioners naturally become more present in everything they do without any intellectualizing or trying to be present.

Following is an experience of someone who has been practicing Transcendental Meditation regularly for several years.

I have had the experience of feeling, or being, the huge unbounded field of Consciousness–that is who I am, and I see the sequence of time in my individual life as if I am viewing it from a distance. I see time (my life) coming from the past and continuing into the future, like a train, and I see where I am now. When I come out of meditation, I see myself as if stepping onto that train of activity. I am watching it, my individuality simply steps into activity and goes through the necessary motions that need to be done, but I am separate from it; the activity does not touch my essential nature, my essential Self does not become involved in it. Dr. Tara Brach concludes that Transcendental Meditation does not take you “the whole way,” i.e. to the state of being mindful; to being with whatever arises; presence with things that come and go in life.

Maharishi would say that the “whole way” is to live Unity Consciousness–an even more refined state of consciousness than cosmic consciousness. In unity consciousness we experience the entire world as expressions of our own universal Self–as waves in the ocean of our unbounded consciousness.
We see the infinite, transcendental value of our Self, shining through the boundaries of every perception. We still perceive the differences, but unity dominates our awareness. The boundaries of perception no longer overshadow the essential nature of life. This is realization of the ultimate reality–enlightenment. Maharishi describes this state in his commentary on the Bhagavad-Gita:

The height of realization … is to realize the supreme oneness of life in terms of one’s own Self. No diversity of life is able to detract from this state of supreme Unity. One who has reached It is the supporter of all and everything, for he is life eternal. He bridges the gulf between the relative and the Absolute… Yoga [Union] in this state has reached its perfection; there is no level of Union higher than this that he has gained. He stands established on the ultimate level of consciousness. [1]

An excerpt from “The Over-Soul” by Ralph Waldo Emerson, an essay first published in 1841, eloquently expresses the reality of unity consciousness:

…Within man is the soul of the whole; the wise silence; the universal beauty, to which every part and particle is equally related; the eternal ONE. And this deep power in which we exist and whose beatitude is all-accessible to us, is not only self-sufficing and perfect in every hour, but the act of seeing and the thing seen, the seer and the spectacle, the subject and the object, are one. We see the world piece by piece, as the sun, the moon, the animal, the tree; but the whole, of which these are the shining parts, is the soul. [2]

In the interview with Tim Ferriss, Dr. Tara Brach also mentions that she sees the gift of meditation as learning how to “be” with living and dying. According to Maharishi’s teachings, the best way to learn about living and dying is to directly experience the transcendental level of existence, which is the essence of all life–the immortal realm of pure eternal life.

I would love to have a conversation with Tim Ferriss and Dr. Tara Brach to clarify additional misunderstandings expressed in Tim’s interview with Tara. Here, I am simply explaining why Transcendental Meditation is far, far more than a mere stress buster, and much more than just a way to take a “break from that incessant inner dialogue…”

Reduction of stress is an important step in normalizing the physiology so that it can function in an integrated and healthy manner, but “busting” stress is, after all, a side benefit of TM. Let’s enjoy the natural outcome of this technique–growing in unity consciousness, enlightenment–the very purpose of our birth.