Running: A Place to Find Calm 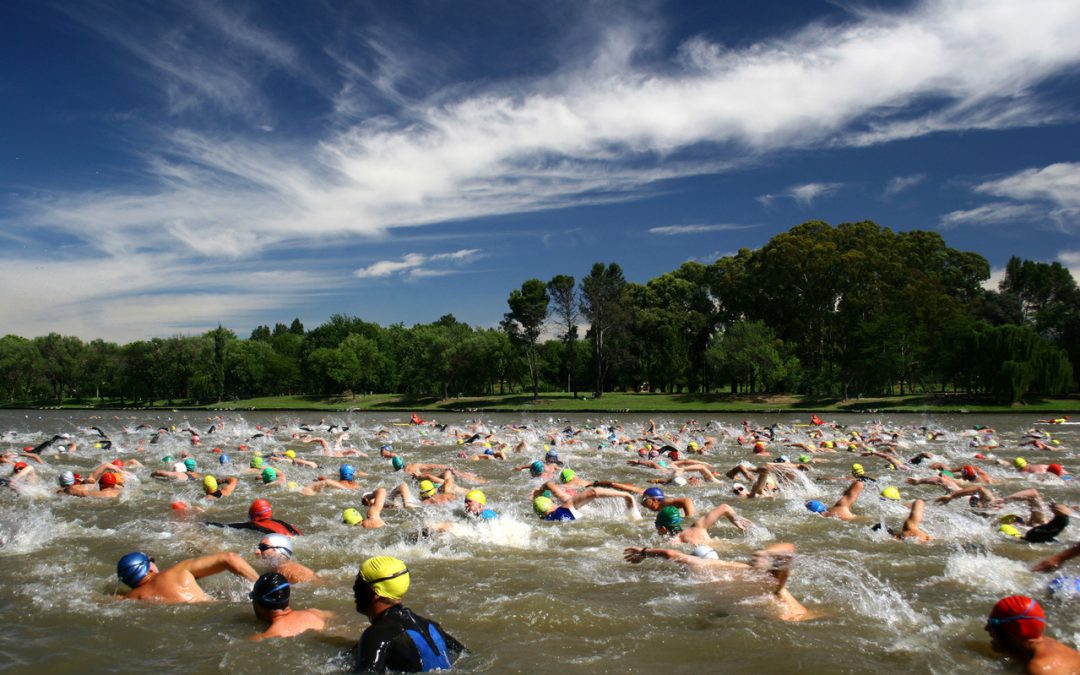 We all need a place to go to that is comforting; a place where we can find our “calm” and ultimately connect with our inner strength. Some people accomplish this with meditation. Others have different means. I find my peace while running. I have been an endurance athlete for 35 years, competing in over 400 endurance events from running 5k’s to marathons and finally competing in The Ironman Triathlon in Hawaii. I have spent hours upon hours training myself both physically and mentally to endure these tests of the human spirit. I have learned through my training and racing, that my mind is a powerful tool when faced with seemingly overwhelming obstacles.

The first time I qualified to race in The World Ironman Championships in Kona, Hawaii, I was 37 years old, a wife and mother to 2 young sons. I qualified in an Olympic distance event and had never raced in more than a half Ironman (half the distance of a full Ironman). The idea of a full ironman was daunting. For those of you who are not familiar with Triathlons, an Ironman begins with a 2.4 mile swim, then a 112 mile bike and finishes with a 26.2 miles run; all done in one day without stopping. But not just completing these distances, you are racing these distances against the best of the best. Sure, I had been competing in all sorts of world class events for 7 years and I had learned how to pace myself and push my body to extremes. But, one of the most valuable lessons I learned was how to calm myself by controlling my breathing, finding my inner peace and thus escaping to the place I felt I was in control—much like meditation. When you are treading water shoulder to shoulder with 1500 triathletes, waiting for the gun to go off to start the ironman, you have to find a way to keep your heart from racing and thumping out of your chest! My way was to tell myself to breathe, relax my body and settle my mind. Focus on the course and visualize the task ahead. Once I began to swim, I would feel that rhythmic tempo and count my strokes, one two three, breath and so on. The same held true when I would exit the swim, the adrenaline pumping through my body as I would sprint from the water’s edge, race to my bike and start the next leg. Again, my heart would be pounding, but once I got onto my bike, found my position over the handlebars, I would take a deep breath, exhale and then try to settle into my pace. Controlling my breathing would allow my body to relax. Being tense wastes energy and tires your body more rapidly. This was a long day and preserving energy in an endurance event is key.

Today, I no longer race in Triathlons, but I continue to race in marathons and other road races of shorter distances. My training and racing taught me a lot of life lessons but mostly I appreciate the calmness I find on my runs. I had discovered long ago that when my life felt totally out of control, I could go for my run and find solutions. It is my church, my place to go to pray when times get tough; particularly so in 2010 when my family was faced with devastating news. I would return home from those runs feeling stronger, more energized and ready to face my day and all that came with it. It is my place to go where I can be alone, and hear the pounding of my feet, the rhythmic sound of my breathing and remind myself I am strong and at peace. In April of 1985 Lee was introduced to the world of running. This happened when her sister encouraged her to run the last 10 miles of The Boston Marathon with her. After competing in many marathons Lee became a nationally ranked age group triathlete, competing in several World Championships before eventually committing to race in the 1994 Ironman World Championships in Hawaii. In that race, her first ironman competition, she won her age group and finished 17th overall among the women. Following that performance in October of 1994, Lee was awarded The Age Group Amateur Triathlete of the year and decided to turn pro, racing as a professional Triathlete. For the next 7 years, Lee traveled the world, racing with her husband along side, as he is also a triathlete.  Her crowning moment came when she finished as the 6th overall female in The Hawaii Ironman in 1997. In 2002, Lee retired from Triathlons. Now, a masters runner, Lee discovered the opportunity to compete against women, who like herself, were juggling families and other life commitments. She again rose in the ranks as a masters runner, becoming a top national masters runner, setting course records and qualifying twice for The Marathon Olympic Trials.

After over 25 years of competitive racing, Lee has run more the 40 marathons, 6 Ironmans and countless triathlons and road races. At the age of 50, she won her first major marathon, winning the overall female title at The Marathon of The Palm Beaches. She still competes at a high level and is recognized as a top local runner—a local legend on the roads.

If you enjoyed this, you might also enjoy:
– Daring: A Review of Gail Sheehy’s Memoir
– “You Feel As If You Were At Last Fully Born”
– Conscious Living as the Basis of Mindful Living