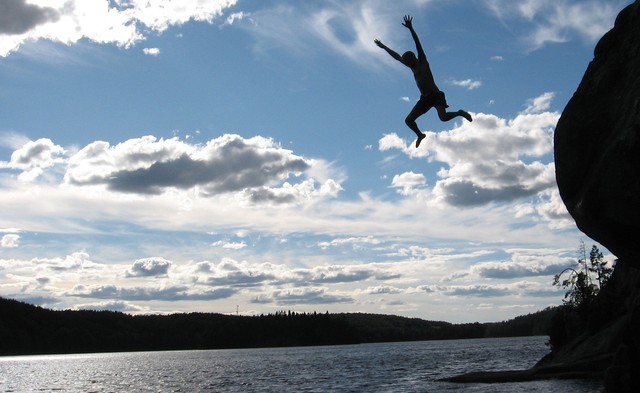 Have you ever wanted to do something unusual—take a leap outside the box, fulfill a far-reaching dream, go against the expectations of your friends, family and society?

Best selling author Gail Sheehy has initiated a Daring Project— a challenge to you and me: abandon your comfort zone and shoot for your dreams—dare to go for it. In her memoir, Daring My Passages, Gail reveals her pivotal daring moments as examples of what “daring” means to her: a powerful tool for riding the inevitable, and sometimes turbulent, swings of life. Rather than succumbing to paralysis when confronted with fear, Gail would plunge into action and meet apprehension face to face. Time after time, Gail discovered that daring can favorably alter circumstances and catalyze her own growth and success. In the sixties, Gail broke the fast track journalist mold by methodically immersing herself in the stories she covered. She nightly walked the streets of New York City to observe firsthand, and then expose, the dynamics of the world’s oldest profession—prostitution. In preparation for a trip to Rishikesh, India to interview and report on Maharishi Mahesh Yogi, Gail first learned and practiced what he was teaching world wide—Transcendental Meditation.

Against the wishes of her boss, Gail journeyed to Ireland in 1972 to understand the raging civil rights battle through the eyes of the Irish Catholic Women fighting to free their husbands, who had been imprisoned without charge or trial. While in Derry she had a close brush with death—while witnessing a massacre of IRA members by the British armed forces, the child standing next to her was shot.

As well as covering many of the major events of the time, Gail continued to follow, interview and report on the most influential world leaders, including Robert Kennedy, Margaret Thatcher, Mikail Gorbachev, Hillary Clinton and Anwar Sadat.

Gail exemplifies daring not only at every stage of her professional life, but where the heart is concerned. In her memoir, as she recounts events from her career, she weaves the tender love story between herself and Clay Felker, founder of New York Magazine. The result is a masterful and deeply moving life story that touches deeply with its honest intimacy. Gail’s greatest self imposed dare is to enjoy an authentic life, searching out the truth in all the stories she covers, in love and loss, and in her own humanity and its meaning. Her book is a riveting adventure of various passages — doors closing and new ones opening into other worlds of possibilities. Reading her book opens our hearts to dare to live our passions and find the courage to achieve what we want our life to be. I dare you to take the dare.

“You Feel As If You Were At Last Fully Born”

A Moment of Pure Love

The Power of Silence