“You Feel As If You Were At Last Fully Born” 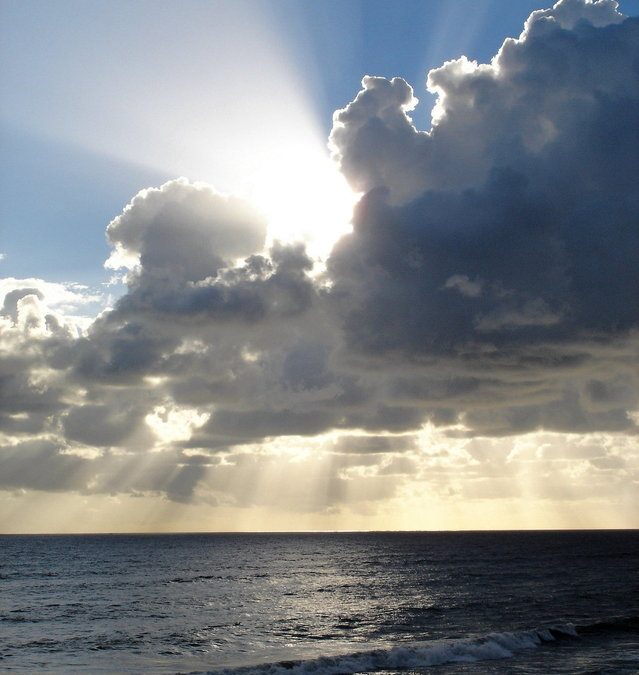 Throughout history and all over the world, we find people describing a remarkable type of human experience — characterized by a profound inner silence, peace, happiness, and fulfillment.

More than 2,500 years ago, Laozi wrote that in this state, one’s mind “becomes as vast and immeasurable as the night sky.” Henry David Thoreau describes moments when “we become like a still lake of purest crystal,” moments of “serene and unquestionable wisdom.” Alfred, Lord Tennyson describes experiencing a “state of transcendent wonder, associated with absolute clearness of mind.”

During the past century, Thomas Merton, the American writer and Trappist monk, describes moments during which “our soul suddenly awakens us to a new level of awareness,” making the ordinary waking state seem “like sleep” in comparison. French playwright Eugene Ionesco describes similar experiences, concluding, “It is as if we lived in a profound lethargy. We wake up for a few moments from time to time, then we sink into empty sleep again.” “I abounded in joy”

This experience brings an infusion of happiness, joy, and bliss. Angela of Foligno, the 13th-century Italian author, writes, “My soul was in unutterable joy.” The Canadian novelist Lucy Maud Montgomery describes feeling “so happy that her happiness seemed to irradiate the world with its own splendor.” Clare Booth Luce, the American writer, Congresswoman, and ambassador, describes how “joy abounded in all of me. Or rather, I abounded in joy.” Czech Republic president Vaclav Havel’s experiences brought him “supreme bliss” and “infinite joy.”

Along with this joy often comes a sense of profound knowledge, of direct perception of underlying reality, ordinarily inaccessible. Writes Laozi, “One finds the anchor of the universe within himself.” The novelist Arthur Koestler writes, “Its primary mark is the sensation that this state is more real than any other one has experienced before — that for the first time the veil has fallen and one is in touch with ‘real reality,’ the hidden order of things.”

“More yourself than you have ever been”

A number of writers describe this underlying reality as divine. When one experiences this reality, writes the Chinese sage Zhuangzi, “His life is the working of Heaven.” In this state, Plato says, “the soul is in the very likeness of the divine, and immortal,” adding, “This state of the soul is called wisdom.” Ralph Waldo Emerson describes these moments as “an influx of the Divine mind into our mind.” Walt Whitman declares that we “reach the divine levels, and commune with the unutterable.”

Extraordinary though these experiences are, at the same time they are utterly natural. One feels one has “come home.” Thomas Merton writes,

We enter a region which we had never even suspected, and yet it is this new world which seems familiar and obvious. . . . You seem to be the same person and you are the same person that you have always been: in fact you are more yourself than you have ever been before. You have only just begun to exist. You feel as if you were at last fully born.

Eugene Ionesco expresses it like this: “I suddenly entered the heart of a reality so blindingly obvious, so total, so enlightening, so luminous, that I wondered how I had never before realized how easy this reality was to find and how easily I found myself in it.” The English writer Rita Carter says, “All my experience up until now had been in some sense unreal,” adding, “It all felt entirely natural.” “The only true life”

Those fortunate enough to have such an experience reverence it as the supreme moment of their lives, the touchstone by which all other experience is evaluated. The English writer Edward Carpenter observes, “The fact of its having come even once to a man has completely revolutionized his subsequent life and outlook on the world.”

More than this, many people declare that only such experience deserves to be called life. “For the first time, we exist,” writes Ralph Waldo Emerson. Tennyson regarded this experience as “the only true life.” American writer Franklin Merrell-Wolff says, “It gives a feeling of being alive, beside which the ordinary feeling of life is no more than a mere shadow.”

We find descriptions of these experiences in the writings of scientists and artists, writers and composers, monks and explorers, philosophers and athletes — in autobiographies and journals, poems and letters, lectures and novels. These moments are described in strikingly similar terms by people from different times, different cultures, different religions. As Edward Carpenter puts it:

Of the existence of this [type of experience] there is evidence all down History; and witnesses, far removed from each other in time and space and race and language, and perfectly unaware of each other’s utterances, agree so remarkably in their testimony, that there is left no doubt that the experience is as much a matter of fact as any other human experience.

Where is the button?

On one hand, we have a class of experiences that appears universal. It has been described by people throughout history, throughout the world. The people who have had these experiences, moreover, hold them in the highest regard. Ionesco, sensing the enormous potential of these moments, writes:

The interior mechanism that can set off this state of supernormal wakefulness that could set the world ablaze, that could transfigure it, illuminate it, is able to function in the simplest, most natural way. All one need do is press a button. Only it is not easy to find this button; we fumble about for it in the shadows.

On the other hand, these experiences appear to be rare, fleeting, and unpredictable. Evidently few who describe such experiences could deliberately induce them. If the experience is so simple, natural, and valuable, why can’t we have it at will? Is there some way to elicit it — where is the button? And what is its larger significance? Everyone can have this experience

We call this remarkable yet natural experience transcending. We know a great deal about it today. We know that it’s not just for great poets and philosophers and saints of the past. We now know that, although it has been rare until now, it can be systematically elicited — anyone and everyone can enjoy it.

How do we know this? Because there is a simple, easily-learned technique that enables anyone to have this experience anytime they want — twice every day, in fact. This is the Transcendental Meditation technique. It is simple, natural, and effortless. It has nothing to do with belief, religion, or philosophy. It is a purely mental procedure that enables the mind to settle inward, beyond thoughts, beyond perceptions, to experience the ocean of stillness that we all have within us.

Because this experience can be systematically elicited, it can be studied scientifically. Over the past 45 years, hundreds of scientific research studies have been conducted on the Transcendental Meditation technique, bringing to light the extraordinary benefits — to all areas of life — of the experience of transcending. The technique has produced unprecedented results in areas where virtually nothing else has worked — with post-traumatic stress, substance abuse, prison rehabilitation, at-risk schools, homeless populations. The experience of transcending is fulfilling in itself — but nothing could be more practical in the real world.

Taken together, the hundreds of studies on the TM technique show that the regular experience of transcending develops one’s full inner potential. This experience has been missing in the modern world — and this, arguably, is why we are facing so many problems today.

From hedge fund executives to performing artists, from college students to mothers at home, everyone can benefit from the experience of transcending. And now that experience is available to everyone.

Craig Pearson is the author of The Supreme Awakening: Experiences of Enlightenment Throughout Time — and How You Can Cultivate Them, just published in an expanded second edition. He is executive vice-president at Maharishi University of Management, in Fairfield, Iowa. Contact him at higherstates@mum.edu.