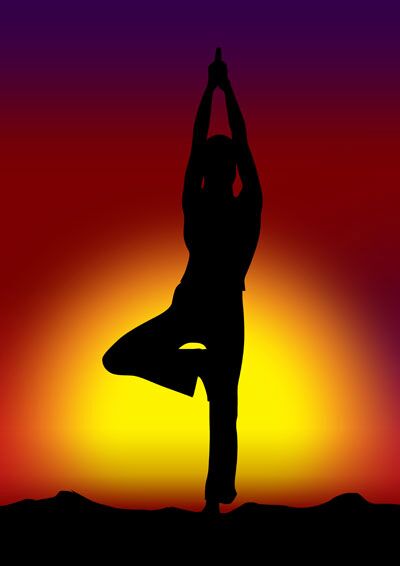 I have been doing Yoga for 38 years and absolutely love it. I come out of Yoga class feeling light, relaxed, and definitely stretched out in all directions. These days, the ancient practice of Yoga has become so mainstream that it is even being offered at my family’s conservative beach and tennis club!

Yoga has been thoroughly investigated by the scientific world and consistently shows excellent results for increased health and well-being. Most people though, still think that Yoga only consists of physical exercises and stretching.

In ancient India, where Yoga originally came from, the understanding of the word yoga means union—the union of mind, intellect, emotions, and body, and union of the individual with the universal. It is a physical, mental, and spiritual discipline.

Ultimately the goal of yoga was and still is enlightenment. This means one is living in unity consciousness—a state in which an individual realizes the grand oneness of life, whereby no diversity or stress in life is able to detract from this state of oneness.

In the ancient Vedic literature, the Yoga Sutras of Patanjali say yogaś citta-vṛtti-nirodhaḥ: “Yoga is the complete settling of the activity of the mind.” I have been a teacher of Transcendental Meditation since 1973. I use this technique of meditation because it is the most natural and effortless technique that I have found. In addition, there are over 350 peer-reviewed studies—showing practical benefits for all levels of mind, body, and behavior.

I want to emphasize the importance of the word effortless in regards to Transcendental Meditation, because many of the people who tell me that they do Yoga have also tried other forms of meditation, but find it difficult to be quiet—they are restless and have lots of thoughts.

This experience of unity grows firstly in meditation and then over time even into one’s activity—resulting in the experience of Unity consciousness. This is the growing state of enlightenment and the true meaning of the practice of Yoga!

The combination of yoga postures and meditation accelerates the growth of enlightenment because yoga exercises strengthen the physiology and also settle the mind and body, setting the stage for a more profound meditation. Meditation then allows the mind to settle to even deeper levels of calm and inner peace.