A Solution to Stress in the Nursing Profession 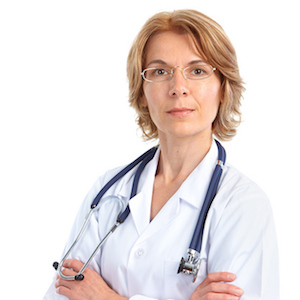 Gloria Rupert, a critical care nurse for 22 years, is an administrative supervisor and manager. She works at Sarasota Memorial Hospital in Florida, where a committee was charged with finding ways for nurses to cope with compassion fatigue and burnout.

These two major problems have overlapping ramifications and are widespread in the nursing profession. Compassion fatigue can be the result of secondary traumatic stress and is characterized by a gradual lessening of compassion. Burnout is experienced by approximately 40% of hospital nurses. It’s not something that develops suddenly—it is a result of long hours under stressful conditions and is characterized by emotional exhaustion and depersonalization.

According to Medscape, rampant stress in nursing is caused by factors such as long shifts, lack of control, poor communication systems, insufficient reward systems, conflict with associates and physicians, inadequate resources, and a rise in physical assaults by patients or their family members. The stress and anxiety inherent in the profession place the professional nurse at high risk not just for burnout but also for personal health issues including diabetes, obesity, hypertension and cardiac disease.

Research specialist Jen Rheingans, PhD, RN, AHN-BC, NPD was instrumental in introducing the Transcendental Meditation technique, an effective evidenced-based program for significant stress reduction, into Sarasota Memorial Hospital for a group of nurses. She knew that more than 360 peer-reviewed studies had shown a broad range of mental, physical and behavioral benefits from the Transcendental Meditation practice. Among other benefits, TM practice is associated with lower cortisol levels (cortisol is an indicator of stress) and increased broadband intra and inter-hemispheric EEG coherence (indicative of increased ability to focus, remember, plan, think analytically, be creative and behave harmoniously).

The TM technique is easy to learn and effortless and pleasant to practice. The profound relaxation experienced during the technique is an antidote to the stress and fatigue a nurse accumulates. Nurses know that external situations are slow to change, but the TM technique allows them to handle the challenges in a more focused, efficient and balanced manner.

A statement from the American Heart Association published on April 22, 2013 concluded that the Transcendental Meditation technique lowers high blood pressure and recommends that it be considered in clinical practice for the prevention and treatment of hypertension.

Gloria Rupert was fortunate to be a participant in the group of nurses learning to meditate. After learning TM, Gloria realized she was becoming more resilient and focused. She noticed that she was more capable of prioritizing and of managing disruptions. Her chronic back pain disappeared. People around her noticed that she was having benefits.

She said: I really believe that TM has caused this change in my body because of the stress in my life being so much less….I have to attribute all of the changes that my friends, family and coworkers are seeing—and the calm, inner peace that I feel—to TM. Transcendental Meditation will be part of my life, twenty minutes a day, twice a day, every day for the rest of my life.

Amy Ruff, BSN, RN, WOCN is the director of the TM program for Nurses in the United States and coordinates the TM program for nurses in hospitals. She learned TM herself as a young nurse in an intensive care unit when she found herself approaching a burnout. The TM practice bolstered her career and allowed her to engage fully for three more decades. She said:

Nursing requires compassion, dedication, and patient advocacy. As a nurse practicing the TM technique, I find that deep stresses and fatigue are eliminated, making it easy for me to give the best care to my patients and their families. The TM practice only takes 20 minutes twice a day—a small investment of time for a lifetime of reward.

Nurses and administrators who wish to investigate the implementation of a program for nurses in their hospital or organization should contact Amy Ruff at nurses@tmwomenprofessionals.org

[Video 14:45] TM Program for Nurses: Nourishing the Caregiver from Within