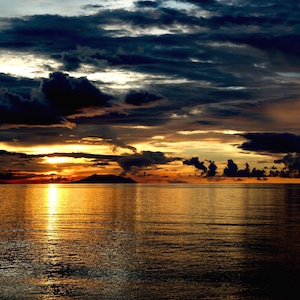 On 21 June, Yoga is being celebrated worldwide. Maharishi Mahesh Yogi gave the world an understanding of a deeper reality of what Yoga (union) is – the unity of life that is available on every level of the body, mind, consciousness, society, and even world peace.

This is in contrast to how Yoga is understood these days, which is mainly in terms of the body, physical postures, exercises, or asanas. Maharishi has brought to light that the process of unifying starts from the field of Unity, which is our own Self, silent and blissful, deep inside every one of us. Maharishi reminds that the classic text of Patanjali’s Yoga Sutras states that the eight limbs of Yoga all grow together on the basis of the experience of that inner wholeness – Samadhi, Transcendental Consciousness. This is scientifically verified by over 600 research studies on the Transcendental Meditation and TM-Sidhi programme, founded by Maharishi Mahesh Yogi. This includes the technique of Yogic Flying. The research shows benefits in every area of life:

Yoga in the world today

The International Day of Yoga calls for an upsurge of unity in world consciousness, because the need of this time is for harmony, peace and progress to be enlivened in every country. On the world stage, large groups experiencing Transcendental Consciousness (Yoga) have been scientifically shown to reduce crime, accidents, and warfare, and increase peace. Only a new seed will yield a new crop. It is time for the seed of unity, Yoga, to be sown in every heart to bring peace in the world.

Only a new seed will yield a new crop. It is time for the seed of unity, Yoga, to be sown in every heart to bring peace in the world.

The experience of transcendental consciousness has been brought to millions of people around the world over the past 55 years by Maharishi Mahesh Yogi.

In response to a question from the press about Yoga as it is commonly practiced today, Maharishi explained:

“Yoga means Unity. Unity means that we are bringing unified wholeness more and more into the field of diversity. One of the Yoga sayings is that ‘Yoga is superior action.’ When you want a better quality of action, then you practice Yoga – and Yoga on all levels.

“Yoga is a good word, but it should be properly understood and practiced, and the result will be holistic evolution of life.”