Hafiz and Maharishi Science of Consciousness 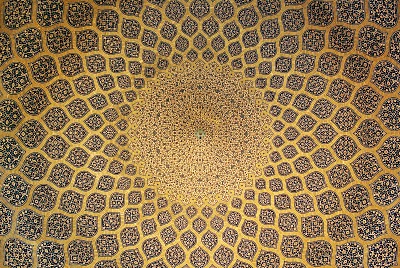 The expressions of great saints, scientists, and artists reveal hidden values of life. Often they declare the same truths, yet with unique voices weave different threads throughout the tapestry of creation.

Having studied Maharishi’s Science of Consciousness, I feel I have a holistic framework with which to appreciate these voices and the many fields of knowledge as a beautiful mosaic within a greater wholeness. I love to explore the connections between descriptions of consciousness and creation within Maharishi’s Science of Consciousness with the wisdom and insights of great people, cultures, and traditions. Here I will use a favorite example—the 12th century Persian poet Hafiz—locating descriptions of higher states of consciousness within his verses. His Holiness Maharishi Mahesh Yogi formulated his Science of Consciousness based on his complete understanding of the Vedic Tradition of India and profound insights into the full range of existence. Maharishi outlines seven distinct states of consciousness each with its own corresponding state of physiological functioning. These seven include waking, dreaming, and sleeping as well as four “higher states” that enhance the first three and are known as Transcendental Consciousness, Cosmic Consciousness, God Consciousness, and Unity Consciousness. The field of consciousness is infinite and varied but there are unique markers and milestones on the path of human evolution. Transcendental Meditation is the practical technique revived by Maharishi to speed up the process of evolution and the development of consciousness. Awakened seers like Hafiz illuminate the goal and encourage others along the way, as in the following verses:

At
Some point
Your relationship
With God
Will
Become like this:
The next time you meet Him in the forest
Or on a crowded city street
There won’t be anymore
“Leaving.”
That is,
God will climb into
Your pocket.
You will simply just take
Yourself
Along!

Hafiz is one of the most beloved poets of Persia. With a heightened perception saturated with divine love he playfully and joyfully celebrates his expanding consciousness through poetry. He says, “God and I have become like two giant fat people living in a tiny boat. We keep bumping into one another and laughing.” His relationship with God transcended religion, race, and gender, as he says “I have learned so much from God that I can no longer call myself a Christian, a Hindu, a Muslim, a Buddhist, a Jew. The Truth has shared so much of Itself with me that I can no longer call myself a man, a woman, an angel, or even a pure soul. Love has befriended Hafiz so completely it has turned to ash and freed me of every concept and image my mind has ever known.”

The renderings of Hafiz’s work by the poet Daniel Ladinsky have become modern classics and here I chose to correlate four of these poems with the four higher states of consciousness outlined by Maharishi’s Science of Consciousness, mapping Hafiz’s blossoming awareness.

In the following poem Hafiz locates stillness as the “most vital requirement” for higher experiences and simply and clearly illustrates Transcendental Consciousness:

For
God
To make love,
For the divine alchemy to work,
The Pitcher needs a still cup.
Why
Ask Hafiz to say
Anything more about
Your most
Vital
Requirement?

Hafiz likens a pitcher and a cup to the relationship of the divine and the individual. He talks of stillness, which, more than not moving the body, can be understood as the individual mind coming to a state of least excitation. Divine alchemy, or transformative power, will naturally flow into a mind in which fluctuations of activity have ceased, as freely as liquid flowing from a pitcher.

Maharishi explains that the state of least excitation of the mind is the fourth state of consciousness, Transcendental Consciousness, which lies beyond the sensory levels of perception and beyond thought. This state can be effortlessly experienced through the practice of the Transcendental Meditation technique. This experience of Transcendental Consciousness leads to a unique state of physiological functioning, known as “restful alertness.” The mind and body gain rest twice as deep as the deepest sleep leading to profound transformation, rejuvenation, normalization and improvement in health.

Cosmic Consciousness—The Only One

In the following poem Hafiz elucidates the characteristic of the experience of Cosmic Consciousness, a fifth state of consciousness, dawning in the realization that the individual is not the “do-er”:

From man’s perspective
In this intricate game of love,
It is so easy to become confused
And think you are the do-er.
But from God’s Infinite Certainty,
He always Knows
That He is the only One
Who should ever be put on trial.

Maharishi explains that in Cosmic Consciousness, Transcendental Consciousness permanently coexists with the states of waking, dreaming and sleeping. The mind is established in pure consciousness, yet engaged in the field of action. In this state the Self is experienced as separate from activity. As this natural and spontaneous experience of separateness grows, one becomes as if “a silent witness” to activity, engaging in action while remaining firmly established in the state of “non-doing,” just as Hafiz describes.

Scientists have revealed that each state of consciousness has its own unique corresponding state of physiology, and by alternately experiencing Transcendental Consciousness with the waking, dreaming, and sleeping states of consciousness, the nervous system becomes refined enough to maintain two modes of functioning simultaneously, leading to the stabilization of Cosmic Consciousness.

In the following poem Hafiz illustrates the dawning of God Consciousness, the sixth state of consciousness, as he appreciates the beauty and perfection of life around him.

Maharishi explains that the growth from Cosmic Consciousness to God Consciousness takes place through the development of the heart and growing feelings of love, leading to increased appreciation of the beauty and finer values of the world around us. With the refinement of the heart comes the full development of the senses of perception. Perception becomes more and more refined until one is able to see the world in its fullest, glorified value. Hafiz gives us a glimpse of this experience as he deeply appreciates the sacred beauty in the world around him “today.”

Unity Consciousness—Throw Me on a Scale

Hafiz describes the dawn of Unity Consciousness, the seventh and highest state of consciousness.

Today love has completely gutted me.
I am lying in the market like a
Filleted grouper,
Speechless,
Every desire and sinew absolutely silent
But I am still so fresh.
Everything is now the same to me.

Listen:
The touch of a beautiful woman
As she lifts me near,
Drawing my scent into her body;
She thinks about taking me home.
The touch of a wondrous fly
Drinking my vital fluids
Through a strange shaped flute,

The sun laying its radiant gaze against my cheek,
Human voices and the breeze from a passing
Horse’s tail,
All send miraculous currents into
My world.
God’s beauty has split me wide open.
Throw Hafiz on a scale,
Wrap me in cloth,
Bring me home.

As he writes “everything is now the same to me,” Hafiz is perceiving the non-changing, unified value of existence permeating his thought, speech, and action. Maharishi identifies this as the experience in Unity Consciousness, the perception of the non-changing value of the Self within all the changing outer values of life. Maharishi explains that in Unity Consciousness one has proper metabolism of neurophysiological information, and that proper metabolism of an experience should ultimately generate the experience of bliss. Hafiz is enjoying this state, in which every perception sends “miraculous currents” into his world.

These descriptions of higher states of consciousness by Hafiz, organized through the knowledge of Maharishi’s Science of Consciousness, inform us of a vast range of higher experiences, and inspire us to unfold our full potential. I hope that you will enjoy making your own correlations and map the blossoming of consciousness through the voices of your favorite poets!