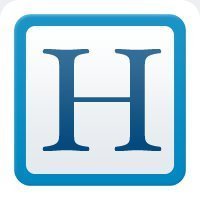 Huffington Post, a news site, is now featuring many blog posts on spirituality. Two of my posts have recently been featured on their site.

The first one, Buddhist School for Girls in Thailand was posted 7/31/2013 in the Global Motherhood section.  This blog post tells the story of the Dhammajarinee Witthaya School—the first free Buddhist boarding school in Thailand for girls where 400 girls from kindergarten through 12th grade are enjoying a quality education. The school provides a rigorous modern academic curriculum along with Buddhist teachings. The principal of the school, a Buddist nun, has also introduced the practice of Transcendental Meditation as part of the daily routine to help reduce stress since many of the girls at the school had suffered from trauma before coming.

“After learning transcendental meditation, they become more calm and settled. Their aggressive behavior decreases, their grades go up; they pay more attention to whatever we teach them. When they have inner happiness, they soak up whatever knowledge we give, unlike before.”

The second article, posted 10/7/2013, is called Love and Enlightenment.

This post describes that everyone has an ocean of love within them in the silent depths of their Being, Meditation helps to open our awareness to this treasure inside. Enlightenment is a continuous experience of this purest state of love—a state of love that is not dependent on anyone or anything on the outside for fulfillment. By reducing stress, everyone can enjoy the flow of love, which is natural to life. I would appreciate any comments on these posts. You can also comment directly on Huffington Post at the bottom of the page of each article.

Fathoming the Infinite Depths of Love