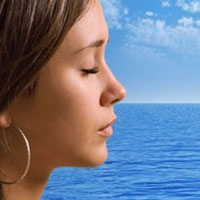 
There is great news for the one in three Americans who suffer from high blood pressure: You can reduce your blood pressure effectively without medication.

The Wall Street Journal recently highlighted a report titled “Beyond Medications and Diet—Alternative Approaches to Lowering Blood Pressure: A Scientific Statement From the American Heart Association.” In this report, published April 22, 2013, the AHA concluded that the Transcendental Meditation (TM) technique lowers blood pressure and recommends that TM be considered in clinical practice for the prevention and treatment of hypertension.

While there is a significant amount of research on the health benefits of TM, according to researcher Dr. Robert Schneider this “is the first time TM has been recognized and recommended for consideration by a national medical organization that provides professional practice guidelines to physicians, health care providers, and policymakers.” The report also states that there is not enough scientific evidence to recommend other meditation or relaxation techniques. In 2010, high blood pressure was projected to cost the United States $93.5 billion in health care services, medications, and missed days of work. High blood pressure is also a cause of strokes and heart attacks, which also add huge costs to our health care system. According to another statement by the AHA, “Forecasting the Future of Cardiovascular Disease in the United States”:

If TM practice can help reduce high blood pressure, and even prevent it in the first place, this cost-effective approach could save our country billions of dollars.

There are over 350 published peer-reviewed studies on TM that have been conducted in over 120 independent research institutes in 30 countries, with the American National Institutes of Health funding over $26 million of research on its health benefits. Research shows improved heart health, reduced anxiety and stress, improved memory and learning ability, increased creativity and emotional stamina, reversal of aging and many other benefits from the simple practice of Transcendental Meditation.

Health insurance companies want to save money, the government wants to reduce our national budget, taxpayers want to pay less taxes, and people want to be healthy!! Many people who take medication for high blood pressure do not like the side-effects that come along with it. Introducing Transcendental Meditation into our health care system is a win, win, win, win situation. This is true health care—Self-care—first preventing disease, and secondly treating disease in a natural and cost-effective way.

Now that the support of the American Heart Association has been added to the already ample body of evidence on the benefits of Transcendental Meditation to reduce high blood pressure, what are we waiting for? Let’s move full speed ahead and demand that insurance companies, Medicare, and Medicaid pay for the cost of learning Transcendental Meditation, just like they cover other complementary and alternative medicine techniques such as acupuncture, massage therapy, holistic psychotherapy, stress management techniques, yoga therapies, and chiropractic care.

In one stroke, no pun intended, we can address the many problems of sky-rocketing health-care costs, and more importantly, stem the tide of ill-health that currently envelops our nation. As individual health improves, consciousness will naturally rise and we will all enjoy living in a more successful, enlightened society.

If you’ve experienced lower blood pressure and better health through meditation, please comment below to share your perspective with others!