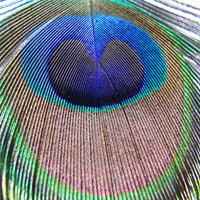 The Bhagavad-Gita—Song of Divinity—is hailed as one of the greatest classics of world literature of all time. For centuries, seekers of Truth both East and West have approached the Gita for inspiration, guidance, comfort, and strength.

“There are commentaries to extol the wisdom of the paths of knowledge, devotion, and action in the Bhagavad-Gita, but none to show that it provides a master-key to open the gates of all these different highways of human evolution simultaneously.

No commentary has yet shown that through one simple technique proclaimed in the Bhagavad-Gita, any man, without having to renounce his way of life, can enjoy the blessings of all these paths. This commentary has been written to present that key to mankind and preserve it for generations to come.”

That simple technique proclaimed in the Bhagavad-Gita is the technique of Transcendental Meditation, set forth in verse 45 of chapter 2:

Be without the three gunas, O Arjuna, freed from duality, ever firm in purity, independent of possessions, possessed of the Self.

“Lord Krishna commands Arjuna: ‘Be without the three gunas’; be without activity, be your Self. This is resolute consciousness, the state of absolute Being, which is the ultimate cause of all causes. This state of consciousness brings harmony to the whole field of cause and effect and glorifies all life.”

No other commentator has fathomed the essence of this verse. Other commentators have advocated creating a mood or attitude of detachment and indifference to action in order to gain balance and equanimity amidst the pairs of opposites in life—pleasure and pain, gain and loss, success and failure. But it’s not an attitude that can create true stability and balance, rather, it’s the repeated experience of that state of consciousness that is the state of perfect balance and stability itself—the state of pure Transcendental Consciousness.

Verse 48 of chapter 2 presents the natural outcome of the regular experience of Transcendental Consciousness alternated with the activity of daily life:

Established in Yoga, O winner of wealth, perform actions, having abandoned attachment and having become balanced in success and failure, for balance of mind is called Yoga.

This is the state of enlightenment, the state of life everyone is born to enjoy—the full development of our innate human potential.

Ann Purcell’s Let Your Soul Sing: Enlightenment is for Everyone offers a variation on the theme of the Gita. It sings the same song that saints and sages have been echoing throughout the ages: “enlightenment is for everyone—life is here to enjoy”.

The Mother Divine ProgramSM is offering an online course of study on Maharishi’s translation and commentary on the Bhagavad-Gita, Chapters 1-6, for women around the world. For more information or to sign up, please visit: www.mdpcourses.org/gita.

Maharishi Mahesh Yogi on the Bhagavad-Gita, A New Translation and Commentary, Chapters 1-6. The Penguin Group.