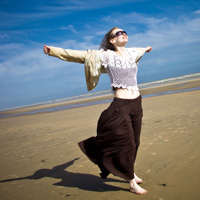 by Dr. Linda Bradley, who is vice chair of Obstetrics and Gynecology at the Cleveland Clinic.

In her article, Dr. Bradley highlights that three out of four people will die of heart disease, diabetes or stroke—three typically self-induced chronic diseases.  The article goes on to say that chronic diseases cause 83% of all health care spending. These diseases keep our doctors in business, even though most of them can be controlled, or even prevented, through lifestyle changes.

Dr. Bradley suggested that we change our present health care system to a SELF-CARE reform. In the article she goes into detail on how heart disease, cancer, diabetes, obesity, etc. can be prevented—mostly through diet and exercise.

Chronic diseases do not appear overnight. Most develop from years of bad eating habits, lack of exercise, and one more item that she did not mention in her article: stress. In fact, about 80% of disease is stress-related. The Daily Mail Online reports that:

“Stress has become the most common reason for a worker being signed off long-term sick, a report reveals today.

Experts said the psychological condition had become so widespread that it was the ‘21st century equivalent of the Black Death’.

Stress has even eclipsed stroke, heart attack, cancer and back problems, according to the report from the Chartered Institute of Personnel and Development.” The American Heart Association journal, Circulation: Cardiovascular Quality and Outcomes recently published a study showing that African Americans with heart disease who regularly practiced the Transcendental Meditation® (TM®) technique were 48 percent less likely to have a heart attack, stroke, or die from all causes than African Americans who attended a health education class over more than five years.

The research also showed that those practicing Transcendental Meditation lowered their blood pressure and reported less stress and anger. Time Magazine reported that this is the strongest study yet showing that meditation can lower the risk of heart attack and stroke.

According to Ayurveda (the ancient science of health care from India, which is rapidly gaining popularity all over the world), all disease initially starts from pragya-parad—the mistake of the intellect. The mistake of the intellect is when we start to identify with everything on the outside, losing the connection with our inner intelligence, the transcendental level of our deepest SELF. When we access that inner intelligence in an effortless way, such as through the technique of Transcendental Meditation, our mind and body benefit tremendously from the deep rest gained.

This experience of the transcendent, our own pure consciousness, is true “Self-Care.” Scientific research on Transcendental Meditation shows benefits in all aspects of life—physiological, psychological, and sociological. To date this has been documented by over 350 published peer-reviewed studies. Dr. Norman Rosenthal, a prominent psychiatrist, has said that if the benefits of the TM program for heart health were contained in a pill, “It would be a billion-dollar blockbuster.”

We have the power to reduce skyrocketing health care costs and, more importantly, create true health by turning our present disease-care system into a SELF-CARE system. As John F. Kennedy so eloquently stated, “Ask not what your country can do for you—ask what you can do for your country.”

By taking ownership of our health, we can be empowered to change our diet, exercise more, and reduce stress in our lives. We can contribute to the overall health of the country simply by creating and securing our own health!

If you enjoyed this article and have comments or would like to share it with your network you can do so below.
Health and Happiness,