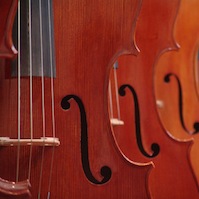 Poetry or songs that inspire world peace and unity have a way of bringing people together, uniting everyone for a higher purpose, because music is a language that transcends all boundaries and cultures.

Mark Johnson, who founded the organization Music for Change, said in a CNN interview,

“Music is one of the greatest ways to bring us together because it is from one heart to another heart. Regardless of all the differences of culture, race, religion, and politics, music gives us a foundation that we can build from to create something positive for the future of the planet.”

The people in his organization travel all around the world with a portable studio recording many musicians from different countries singing and playing their local traditional instruments. They all play along with the same song while listening on headphones to the person who was recorded in the previous country. Music for Change then takes all the different tracks back to the studio and mixes them into one cohesive song. Millions of people have enjoyed listening to these worldwide collaborations on YouTube.

Music for Change featured on YouTube a cover of the Ben E. King classic “Stand By Me” which received over 42 million hits.

Another worldwide musical collaboration was conducted by composer Eric Whitacre. He led a virtual choir of 2000 singers from around the world. The video went viral on YouTube and is another example of people uniting through music:

Bob Marley, a great poet, was an ambassador for world peace through his poetry and music. His song, “One Love” has been sung all around the world.

“One Love” was also recorded by Music For Change:

The song “We are the World,” written by Quincy Jones and Michael Jackson in 1985, was sung together by the most famous musicians in the world to raise money for the famine in Africa. Their recording sold over 10 million copies:

Musicians united together again for a remake of the song in 2010 to raise millions of dollars for the earthquake victims of Haiti. The video has over 104 million views on YouTube:

Sound and music has a profound effect in uplifting our environment. All music comes from deep within and emerges initially from silence.  If the sounds of music have such a profound effect in uniting the different cultures of the world, think of the deeper profound unifying effect that the experience of the sounds of silence would have. When many people experience the silent music of their souls together at one time, through the group practice of the TM and TM-Sidhi programs, the effect can be measured in society as an increase in postive trends. This music for change is “music for world peace,” in which every individual participating is a cosmic musician, creating wholeness for themselves and the environment.