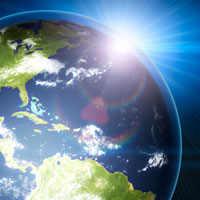 come all and sing”

These words were sung recently at the inspiring Diamond Jubilee celebration of Queen Elizabeth II on June 4, 2012. The song “Sing” was sung by many cultures of the commonwealth countries to honor Her Majesty. The performance, celebration, and these words calling for unity, love and light brought the world together in this one unique moment of history. Queen Elizabeth herself was a symbol of unity, stability, and hope for the world that night and hearing the live performance of this song with pictures of her on the screen behind the singers uplifted the hearts of all.

The song was composed by Andrew Llyod Webber and Gary Barlow. In addition to the live concert version of the song, Gary Barlow created a music video – poetry for world peace (can be seen below).

Barlow traveled The Commonwealth looking for musicians, singers, and contributors and visited remote villages and countries in Jamaica, Kenya, Australia and the Solomon Islands. Featured in the song are the African Children’s Choir, Aboriginal guitarist Gurrumul, the Slum Drummers from Kenya’s Kibera slum, who made their instruments out of rubbish; the Jolly Boys from Jamaica, the Royal Solomon Islands Police Force Band, The Commonwealth Band, and military wives filling out the choir. The video even includes a momentary appearance by Prince Harry.

The song quickly soared to number one on the British charts and was enjoyed by the whole nation. This example of poetry for world peace demonstrates that music and song can bring together many diverse cultures into a unified, harmonious, beautiful whole.